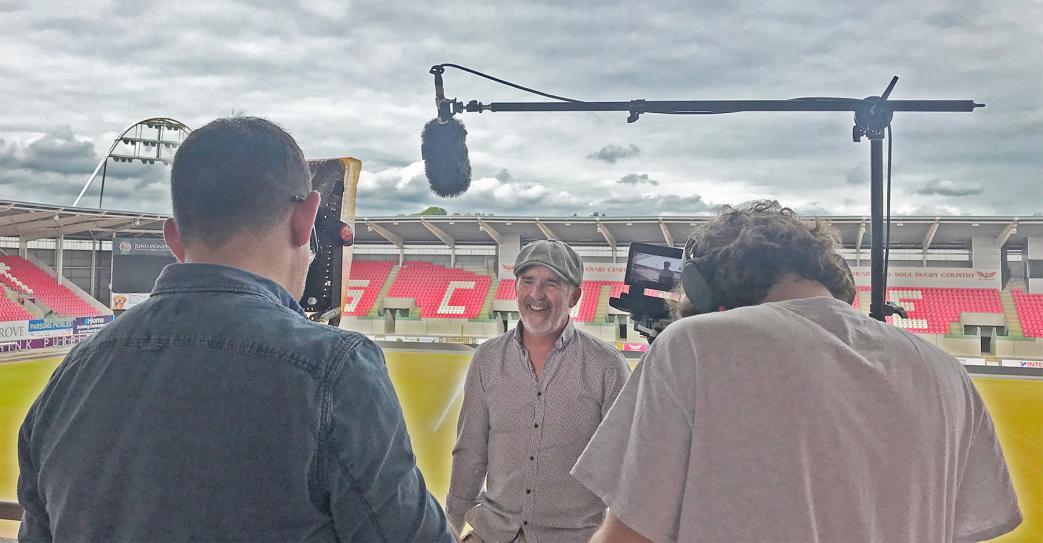 In the lead-up to this autumn’s Rugby World Cup, ‘Tommo’, the Scarlets’ stadium announcer, put his microphone aside and stepped in front of the camera to take a trip down memory lane.

A film crew from Orchard production company were welcomed to Parc y Scarlets to chat to Tommo as part of the Chwedloni series on S4C, which will see familiar faces and voices from the world of Welsh rugby recount their favourite tales.

The story which has had the most impact on the Scarlets’ stadium announcer was the legendary Ray Gravell’s inspirational words to Tommo during his first job as an announcer with the Scarlets in Grav’s testimonial match against Bath at Stradey.

The memorable words were, “Tommo, whatever you want in life, don’t hesitate, just go for it!”

Before the clash against La Rochelle that secured the Scarlets a place in the 2017-18 Champions Cup semi-final, Tommo remembered Grav’s words, prompting the Scarlets’ anthem and one of Grav’s favourites, ‘Yma o Hyd’ by Dafydd Iwan, to be played minutes before kick-off.

The atmosphere was electric as the crowd sang and flew their banners proudly as they watched the Scarlets win 29-17.

The first programme of the series will be broadcasted in mid-August.