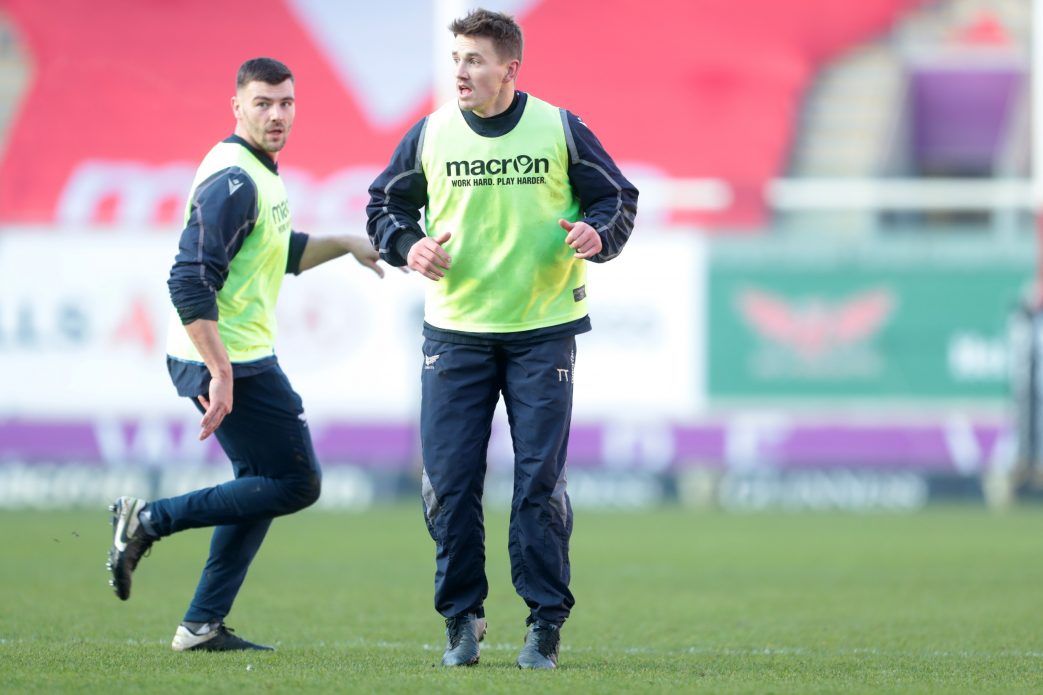 Leigh Halfpenny, Liam Williams, Jonathan Davies, Johnny Williams and Gareth Davies are included among 10 changes to the team that started in the win over the Dragons on New Year’s Day.

Halfpenny and Williams link up with Steff Evans in the back three, while Davies takes over the captaincy from fellow centre Steff Hughes. The British & Irish Lion partners Johnny Williams, who has recovered from a calf issue picked up on Wales duty. Gareth Davies and Dan Jones are the half-back pairing.

There is an all new front row of Phil Price, hooker Marc Jones and Pieter Scholtz, who will make his first Scarlets start since his arrival from South Africa.

Tevita Ratuva replaces the injured Jake Ball at lock and will pack down alongside Sam Lousi. Josh Macleod is the other change in the pack, coming in for Dan Davis at openside.

Among the replacements, Kemsley Mathias will make his PRO14 debut if he comes off the bench, while Josh Helps returns from suspension to provide second-row cover. Kieran Hardy, who is set to make his 50th Scarlets appearance, Sam Costelow and Paul Asquith cover the backs.

Scarlets, third in Conference B, are aiming to make it three wins from three over their Welsh rivals, but head coach Glenn Delaney is preparing his players for a fierce challenge at the Cardiff City Stadium.

He said: “We have been pleased with two wins from two in tough derby games and the challenges don’t get any easier this weekend. We are going to be playing a really creative side which in adversity tends to stand up and play really well. They will be a very tough opponent. Something like what has happened this week (with their coaching set-up) always has a galvanising effect. We know the threats they pose and we are expecting them to put everything on show.”