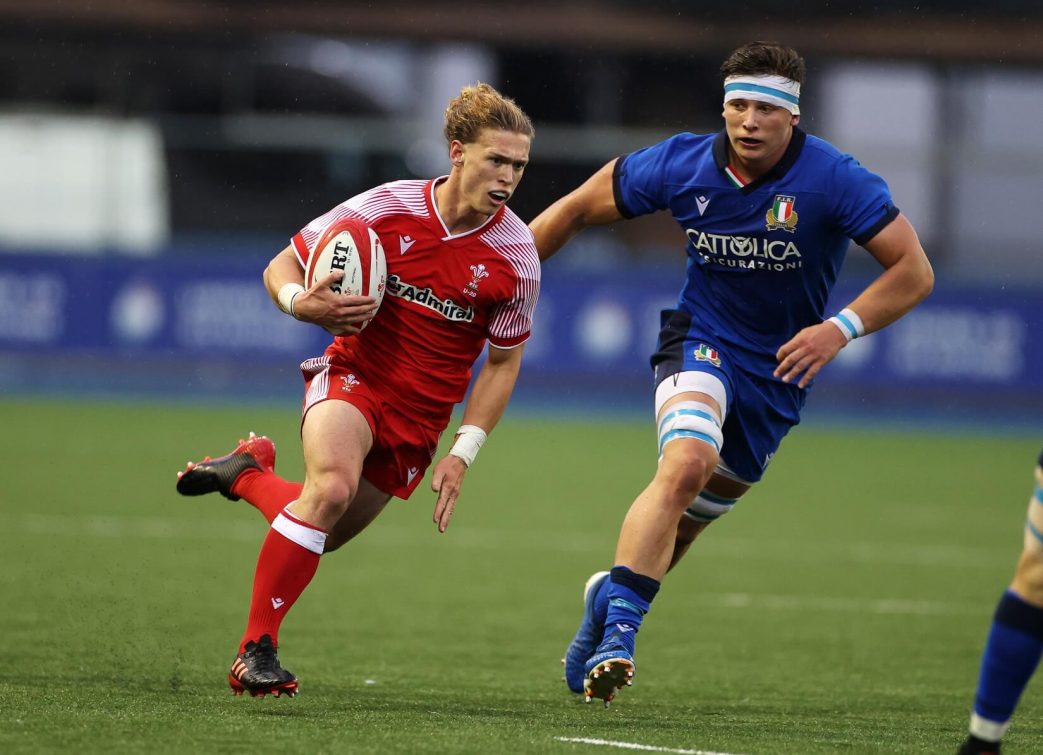 Wales head coach Ioan Cunningham has named an unchanged starting line-up for tomorrow’s second round clash against Ireland in the U20 Six Nations championship at Cardiff Arms Park (KO 8pm).

That means Scarlets Sam Costelow, Harri Williams and Carwyn Tuipulotu start once again, while centre Eddie James is named among the replacements.

There are two changes on the bench with Exeter Chiefs’ Christ Tshiunza and Ospreys’ Rhys Thomas replacing Tristan Davies and Evan Lloyd respectively.

The selection is a vote of confidence for the side who had to battle some stern opposition in Italy in the opening round before victory was finally secured.

“It’s always good to start with a win to build from, and credit to the group, they stepped up when they needed to,” said Cunningham. “Early on Italy had a lot of possession and territory, they were camped close to our try-line and the boys dug in and we came out without conceding so we could see the boys growing in to the game which was great for us.

“We’re hoping to build from the cohesion created against Italy and as a group we haven’t played many games so it’s a good opportunity for those guys who deserve to back it up with a second opportunity.”

With the vast majority of the side not having played any rugby for nearly 15 months, Cunningham was satisfied that his young side were able to blow away some cobwebs to hit the ground running.

“There is still loads to develop with the group but we are getting closer which is the plus side,” explained Cunningham. “Hopefully, the group will continue to grow and get better every game and that is one of the key reasons why we are keeping the same group, to get those connections and get that cohesion in the group again.”

Cunningham believes Ireland will provide a stern test for his players but having come through some tough times against Italy, he is confident his side will take a lot of self-belief into the game.

“I thought we came together and showed real spirit against Italy, especially early on when Italy had a lot of possession, they were camped in our 22 and we held them out so that was a big plus for us as we sort of grew into the game.

“Then obviously we found a way to win in the second half when the weather turned and it was wet, we found a way to squeeze them with scoreboard pressure and I thought there was mature game management from Sam Costelow and our leaders.

“It’s going to be a different type of challenge this week with the kicking threat they have got and their forwards like to carry through the defence so we have really got to step up this week.”