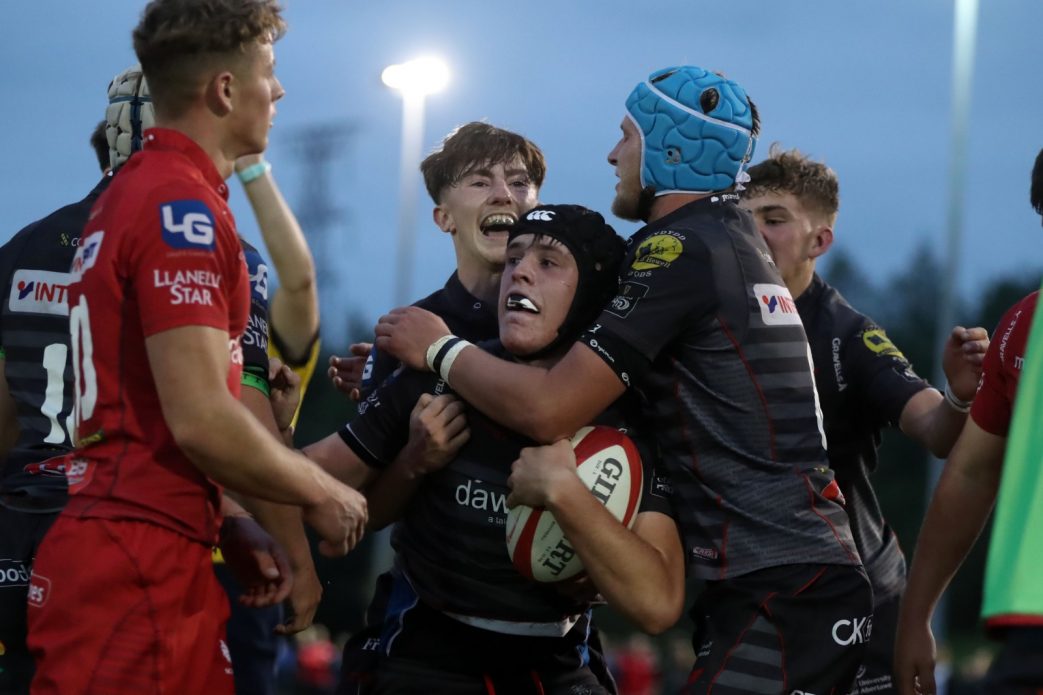 Scarlets West claimed the spoils over their East rivals, winning 24-19 in a hard-fought U17s clash in front of a large crowd at the Parc y Scarlets training pitch.

A late East fightback meant the result was in the balance until the final whistle, but it was the boys from the west who held on for the win.

The match again showcased the huge amount of talent being developed in the region.

It was impressive centre Macs Page who opened the scoring, stepping over after his side had poached line-out ball inside the East 22.

A snipe from scrum-half Tom Morgan, converted by Fraser Jones, saw East hit back, but further tries from prop Ptolemy Alleyne and second row Jac Newbold, as well as a Page conversion, ensured the West went into half-time holding a 17-7 advantage.

A close-range score from the powerful Wood extended West’s lead, only for East to surge back into the contest when wing Jay Smith raced over following a scintillating back division attack.

Replacement Dominic Jones added a third try for East in the dying minutes, but West were able to see the game out.

The match completed a successful few weeks for the crop of U17s youngsters who had won all three previous matches against the Ospreys.