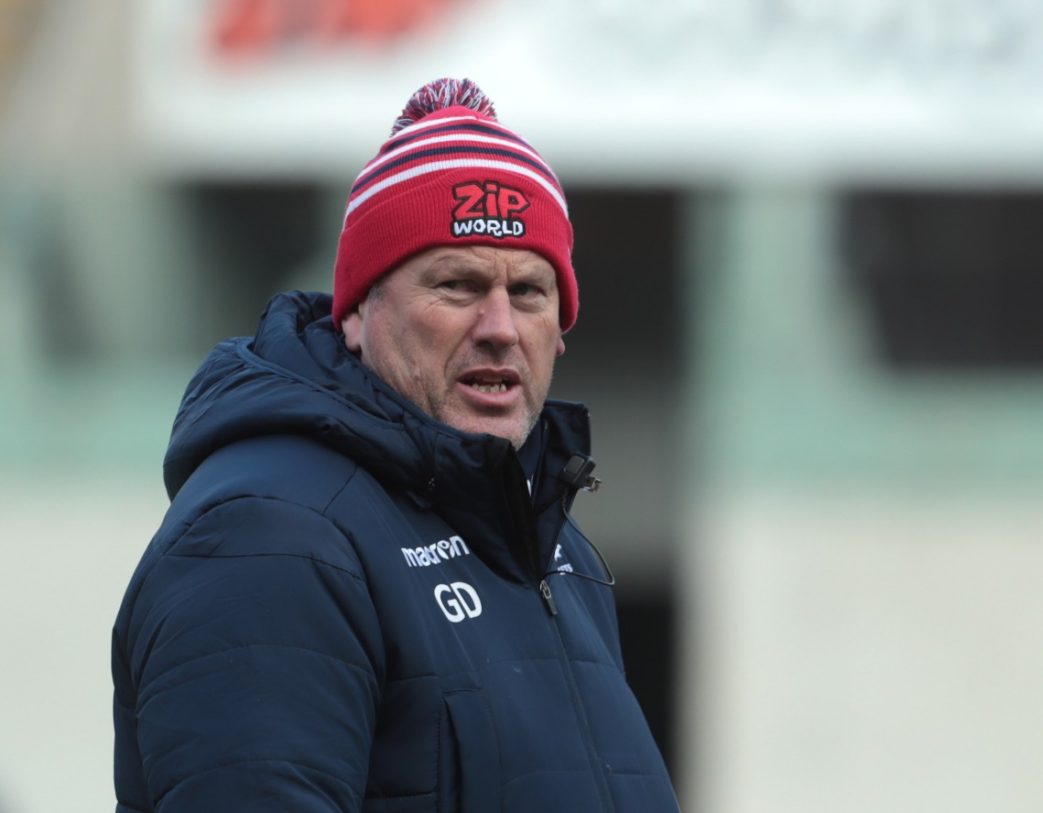 Glenn Delaney spoke to the media ahead of Saturday’s rescheduled Guinness PRO14 clash with defending champions Leinster at Parc y Scarlets. Here are the highlights from his press conference

Glenn, what is the latest injury update from the squad?

GD: “Obviously, Sione took a big knock last weekend; look, it was reviewed many times and there have been a number of different opinions about it. The only thing I am concerned about is that Sione got knocked out and we are looking after him. The big fella is on concussion protocol and will go through that, but has been up and around and smiling and his normal self which is a good sign.

“Morgan Jones is back and Dan Davis is back in the mix which is helpful after four opensides being out last weekend with injury. Tyler Morgan is also back fit which is great.

“Lewis Rawlins is probably a month and a half or so away from being back after his neck surgery. He is a guy we would love to have back as soon as possible.

“The other boys we spoke about last week are still going through their concussion protocols.”

What has the response been in training this week?

GD: “The response has been everything we expected it would be. It has been an objective review, what you also have to look at is that the group has changed a bit from the side that played on Friday. On the whole, it is the same principle, looking to get better each day. We have had a couple of good days.

“What was frustrating was that we created seven chances to score and didn’t take one of them, When you look at the space we create on  the edge, they (Cardiff) are a tight defensive line, all it took was one bit of communication and one pass and we would have been pretty much running down 30-metre edges with three-on-ones and four-on-twos. That is everything we are trying to create in attack. We have to look at the reasoning why we weren’t getting the ball to that part of the field.

“We also had some pretty clear chances to drive from five metres out when our drive had been pretty good. To not execute in those big moments is very frustrating because all the lead up to it had been done. I said after the game I thought tee to green was pretty good, but our putting was atrocious. I would be far more despondent if we weren’t creating.”

Is your form a concern going into a game against the champions?

GD: “You look at the games against Connacht, Ulster and then into Bath before Christmas, we were in a purple patch and playing the rugby we wanted to. The derbies have been a little disjointed. This gives us a chance to refresh, reset and get back to where we were.

“Leinster defend differently to Cardiff; we have got a plan to create and there will be opportunity for guys who haven’t been playing these last few weeks. That is bringing new energy and excitement to the group. Our job is to make sure they are free and are able to express themselves.

“When you play Leinster you have to make sure you remain in the contest to give yourself a chance to execute. We know they are the form horse, they have been for a number of years and they have plenty of depth. It is an opportunity to have a crack at them and we are excited by it.”

Are you feeling the pressure to deliver a performance?

GD: “There is always pressure, every day you do the job. I understand the frustration, I get that, it goes with the territory. We all want to be playing the rugby that anyone who supports us wants to see and we will work hard towards delivering that. I do know if we had managed to execute one or two passes last weekend, that game would have looked very different. We will keep being objective, being straight and being honest and I welcome all the opinions.

“The hardest thing we are dealing with is not having people in the stadium. I keep coming back to it, but the fact is we are a club built with a wonderful emotional footprint and its passion and that is what we want back in the stadium. The disconnect between us and the fans at the moment, we are really feeling it and they are feeling it. Our boys feed off the crowd and that is what I love about this place and as coaches we feed off it too.”