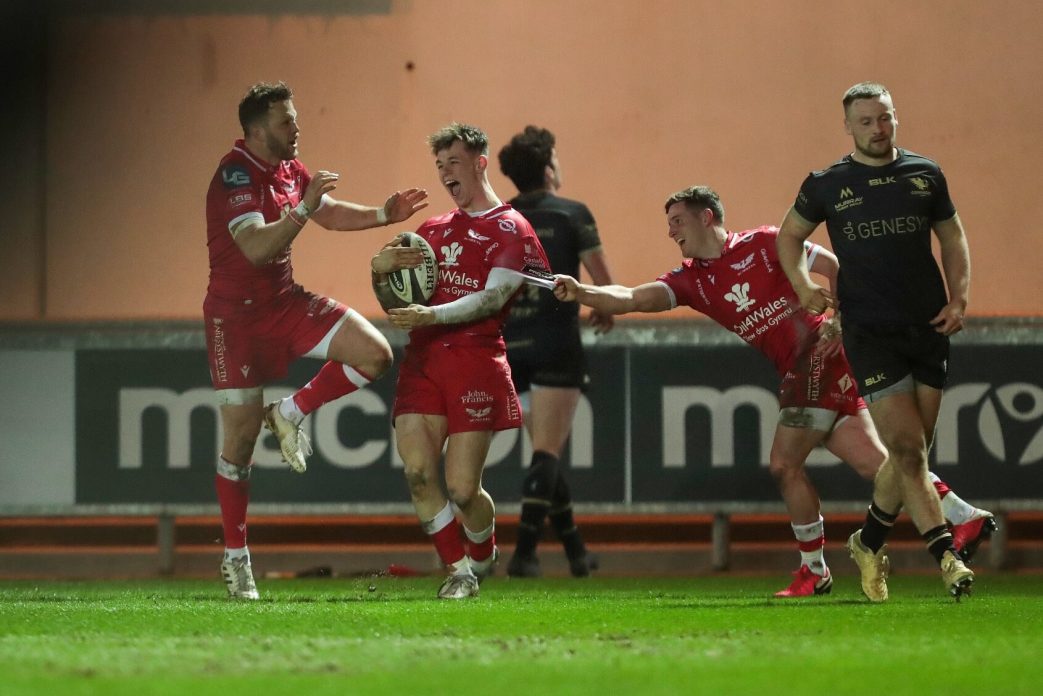 The emergence of a talented group of young players has been a major positive from this season’s Guinness PRO14 campaign, insists Scarlets head coach Glenn Delaney.

Scarlets completed their league schedule with a remarkable comeback win over Connacht on Monday night to secure a spot in next season’s Heineken Champions Cup.

Twenty-two-year-old speedster Tom Rogers lit up the Parc with a superb individual score, while the likes of Steff Thomas (23), Kemsley Mathias (21), Dane Blacker (22) and Jac Morgan (21) also made their mark.

When you consider Sam Costelow (20), Jac Price (21), Carwyn Tuipulotu (19) and Dom Booth (20) have also made their PRO14 debuts this season the future looks bright down west.

“Tom has got some talent, some wheels,” smiled Delaney after the 41-36 victory. “What you are looking at is our club for the next two to five years, these are going to be the boys who are going to be making the difference for us.

“The future of the Scarlets has always been the youngsters and what you have seen this year with the internationals playing so well away is that we have had to rely on them and we have got a huge amount of game time and minutes into them.

“Morgan Jones, for example, has played 650-odd minutes of PRO14 rugby, I don’t think anyone thought that was going to happen at the start of the season.

“Where we are, it means that Morgan, Steff Thomas, Kemsley Mathias, Tom Rogers, Sam Costelow, Dane Blacker, have played a lot of rugby for us which is great. They are being coached well and getting the opportunity to learn. It is never perfect, but what you saw from Tom out there on Monday night epitomises where we want the club to go.”

As for Rogers himself, he was pretty laid back about his wonder score.

“Steff gave me a lovely pass and I just went for it really,’ said the Cefneithin product.

“It has been great for me, learning off big names in the squad and training with them every day; I am learning a lot from the likes of Sanjay (Liam Williams) and Pence (Leigh Halfpenny) and it is great just to be out there playing again. There is a huge amount of competition here, the boys get stuck into each other, but we all back each other up as well.

“We knew how big a game Connacht was and that we had to win to qualify for the Champions Cup, We got the job done and are chuffed.”