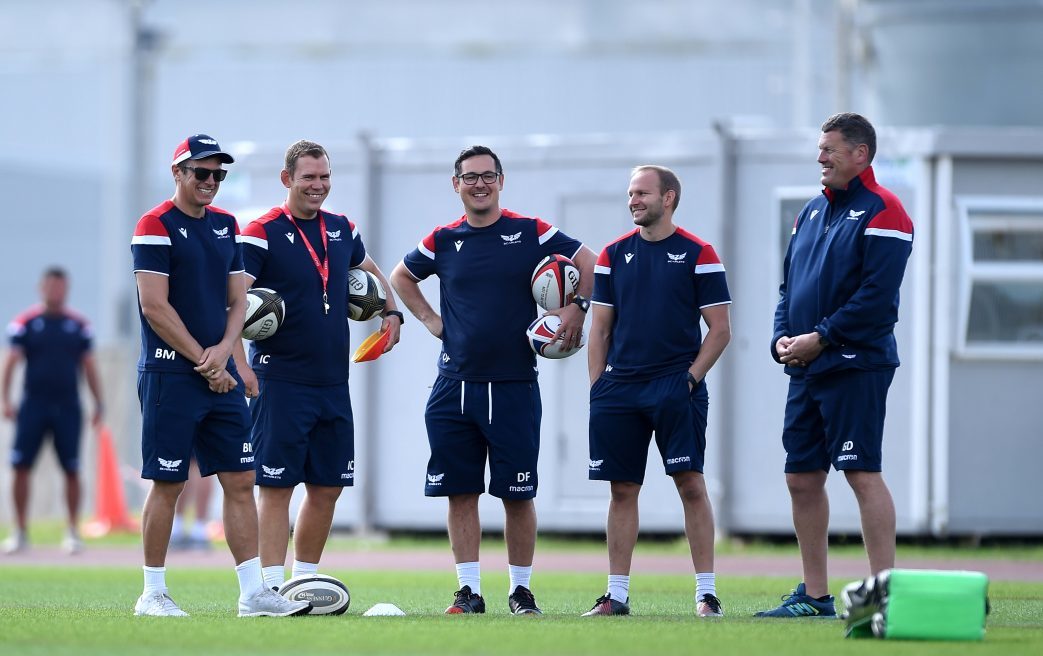 The Scarlets began the Brad Mooar era in encouraging fashion, running in seven tries in a 49-17 victory over English Championship side Jersey Reds at the Stade Santander International.

Fielding two separate sides for each half, there were plenty of positives for Mooar and his new coaching team as preparations continue ahead of the Guinness PRO14 opener against Connacht at the end of the month.

Missing 17 internationals, the Scarlets took 31 players to Jersey and all were given a chance to impress the new coaches.

Captained by Werner Kruger for the first half, the visitors were up and running after just three minutes with a break from Johnny McNicholl allowing wing Tom James to cross for his first try in Scarlets colours.

The Reds, who had shocked World Cup representatives Russia in their previous outing, hit back when hooker Jack Macfarlane touched down from a maul drive to make it 14-5 at the break.

But the Scarlets responded swiftly after the break with a try by second-half captain Steff Hughes.

After a lengthy delay to treat hooker Taylor Davies, who had taken a knock to the head, the Scarlets claimed a fourth try when a smart cross-kick from the impressive Angus O’Brien found wing Tom Prydie.

TJ Harris touched down for Jersey’s second, but it was the Scarlets who finished in the ascendancy thanks to three tries in the final 15 minutes through lock Lewis Rawlins, O’Brien and wing Ryan Conbeer. A late Jersey try from Jack Stapley was mere consolation.

Scarlets head coach Mooar said: ‘It was a really exciting first game – we created a lot of chances in the first half and our execution let us down a few times, but we did really well in the second half.

“We had several new players and others coming back from long-term injury and I was really pleased with the way they performed.”