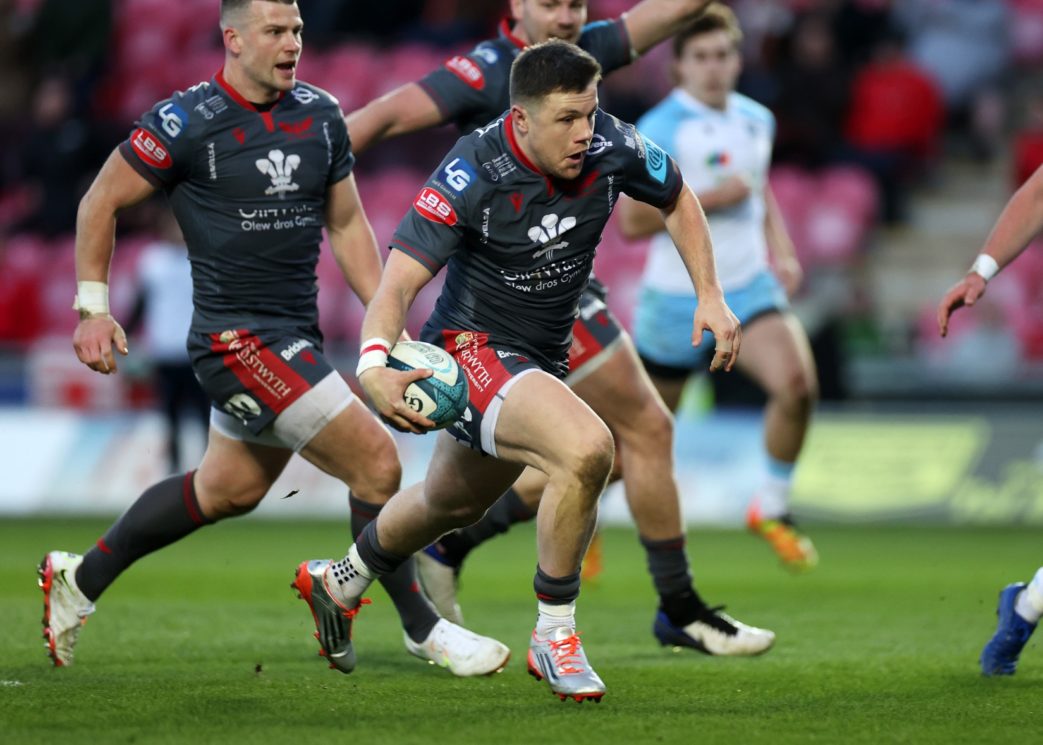 Scarlets are delighted to announce that wing Steff Evans has become the latest player to sign a new contract with the club.

The 27-year-old came through the Academy ranks and after impressing for Llanelli RFC in the Welsh Premiership made his debut for the Scarlets at full-back against Zebre in 2014.

He has gone on to become one of the leading try-scorers in the United Rugby Championship, tied for seventh in the all-time records.

Capped 13 times by Wales, Steff recently reached the 150 appearance milestone in the win over the Dragons at Rodney Parade and has 60 Scarlets tries to his name as well as three conversions.

He was also a member of the side that claimed the Guinness PRO12 title in Dublin in 2017, finishing off a scintillating length-of-the-field score in the final.

Steffan Evans said: “I supported the Scarlets when I was young, came through the academy and have played all my senior rugby here, I am delighted to be extending my contract.

“It has been a mixed season for us, but we feel as a squad we are building something here. We are looking to play an exciting brand of rugby, as shown by the amount of tries we have scored, and the boys are excited about getting stuck into training over the summer and hitting the ground running next season.”

Scarlets head coach Dwayne Peel said: “As a club, we pride ourselves on being able to bring through local talent who go on and perform at the highest level and Steff is a prime example of that.

“He is a consistent try-scorer year after year and has finished off some great scores this season. He works hard on his game and is an example to the young back-three players who we have at the club.”