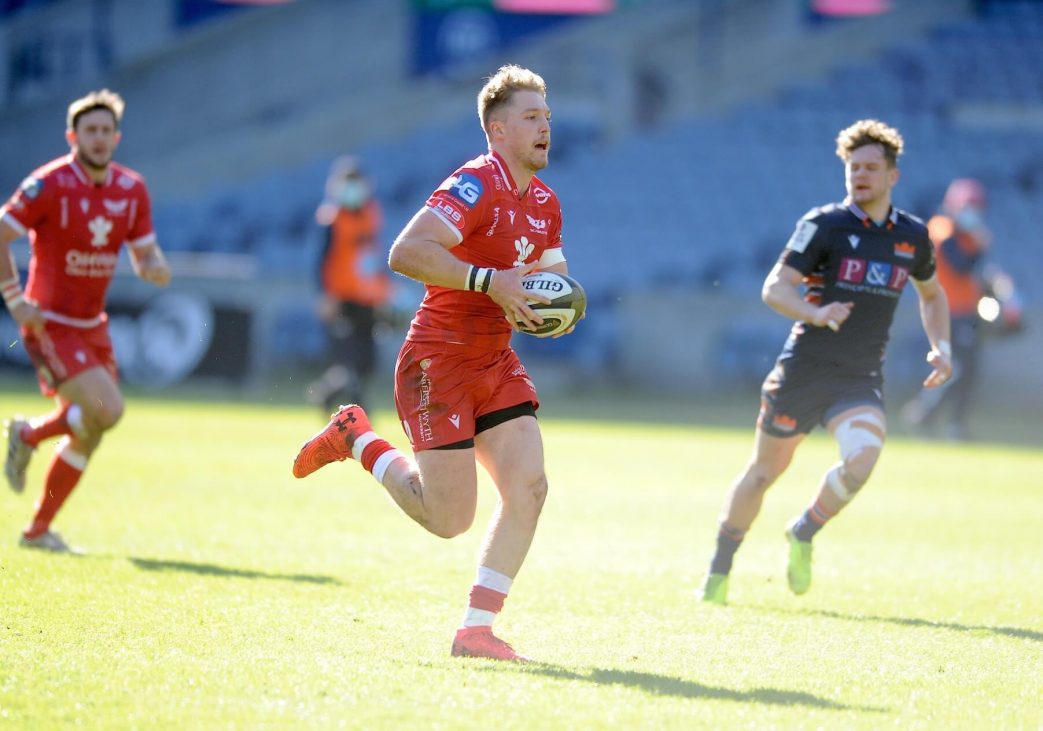 Head coach Glenn Delaney paid tribute to the character of his squad as Scarlets ended their Murrayfield woes with a gripping 27-25 victory over Conference B rivals Edinburgh.

The visitors needed to withstand more than 20 phases of home pressure in the final minutes to see out the contest and secure a crucial win in the scrap for European Champions Cup places for next season.

“Our intent to play and create was there and I felt we did enough during the game to have scored a fourth try,” said Delaney. “But you have to have that desire on both sides of the ball and that defensive effort in the closing minutes was huge.

“The boys showed how much playing for the shirt means to them. I told them after the game, as coaches we can’t coach that, that is down to you, it is down to character and I couldn’t have been prouder of this group.”

With two matches remaining (Munster away and Connacht home), the third-placed Scarlets are now eight points clear of Cardiff Blues and 14 points above Edinburgh who have a couple of games in hand.

The top three in each conference are guaranteed a place in the top tier of Europe next season, although Euro chiefs could still decide that the PRO14 will have extra spots and the top four could make it.

“It was a massive win for us in the context of Champions Cup qualification and keeps us moving forward with confidence ahead of our next game against Munster which is going to be another huge test for us,” added Delaney.

“We have scored nine tries in two games now and huge credit should go to Dai (Flanagan) and Whiff (Richard Whiffin) for what they have put in place and how they are getting the boys to play.

“Credit as well our set-piece platform, which Rich Kelly and Ben Franks have been putting a lot of work into. Edinburgh have one of the strongest set-pieces in the competition and you just have to look at that final scrum, young Kemsley Mathias on one side and Alex Jeffries making his debut and having to hold one of the most destructive loose-heads in the competition in Pierre Schoeman.

“It was a fantastic effort to a man and it was nice to get that monkey off our back against Edinburgh.”

The win was the Scarlets first at Murrayfield since 2013 and ends a six-game losing streak against the Scottish side.