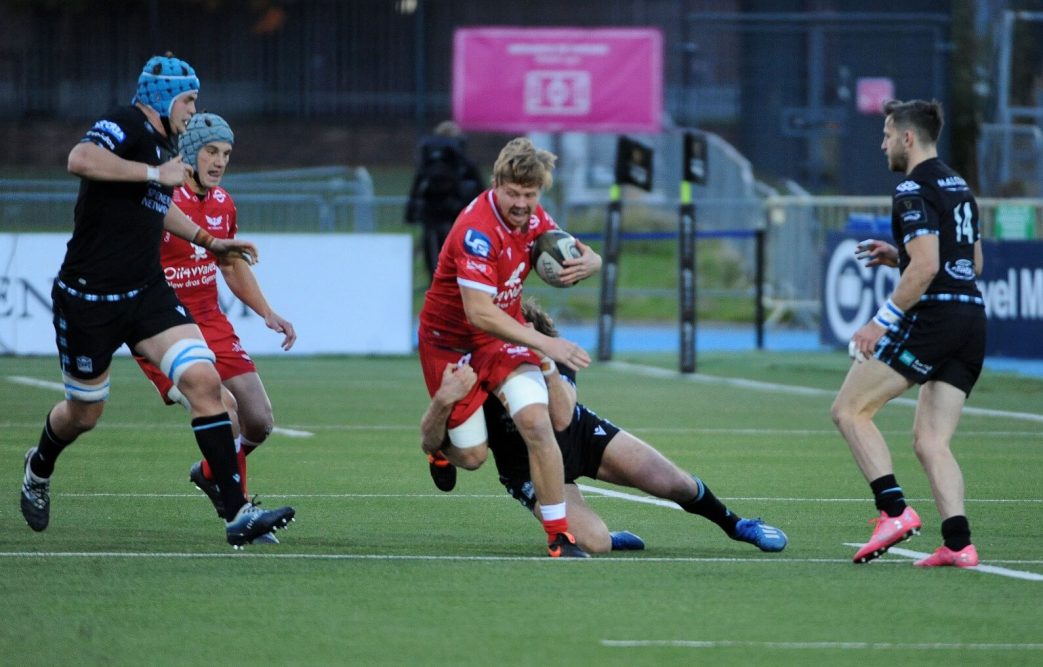 Scarlets head coach Glenn Delaney was left to reflect on a disappointing first half as the Scarlets fell to a 20-7 defeat to Glasgow Warriors at Scotstoun on Sunday evening.

Speaking after the match, Delaney said: “It was a game of two halves, we weren’t accurate early in the first half. We were quite rueful we did not take the opportunities when they presented themselves. We had some territory and possession without really getting momentum with the collisions. At the breakdown area we were struggling a little bit to keep the ball and continuity going and that told.

“It was a nip and tuck first-half and they capitalised, took a chance and fair play to them for that.

“In the second period we had a red card and then we really put some momentum into the game and we looked pretty good and I felt we probably had another score in us at that point and it was all on.

“We finished with plenty of energy. That is the footie we are trying to play, we just didn’t get to do that in the first half.

“I was really proud of the effort, that is never in question with our lads. We just need to be more accurate so we can put more of a mark on our game.”

As for the injuries to Josh Macleod, Ken Owens and Blade Thomson, Delaney added: “Josh has a hamstring injury so we will have a look at that and see how he gets on. The medics are looking after him and it’s pretty early to make an assessment, we will know more in the next 24-48 hours.

“He has worked so hard to get in that Wales squad and I thought he was outstanding again today, making big plays and doing what he has been doing for us for the last 12 months.

“The form that he has shown to get us into that position  he was showing that tonight so it was a shame for him. When James (Davies) came on he looked great so we have two good guys in that seven shirt.

“Ken has a shoulder injury, he has some bruising, and Blade has an elbow problem. It’s about managing it. It’s pretty early when you get those joint related things, they tend to take a day or so to really know what the severity is.”