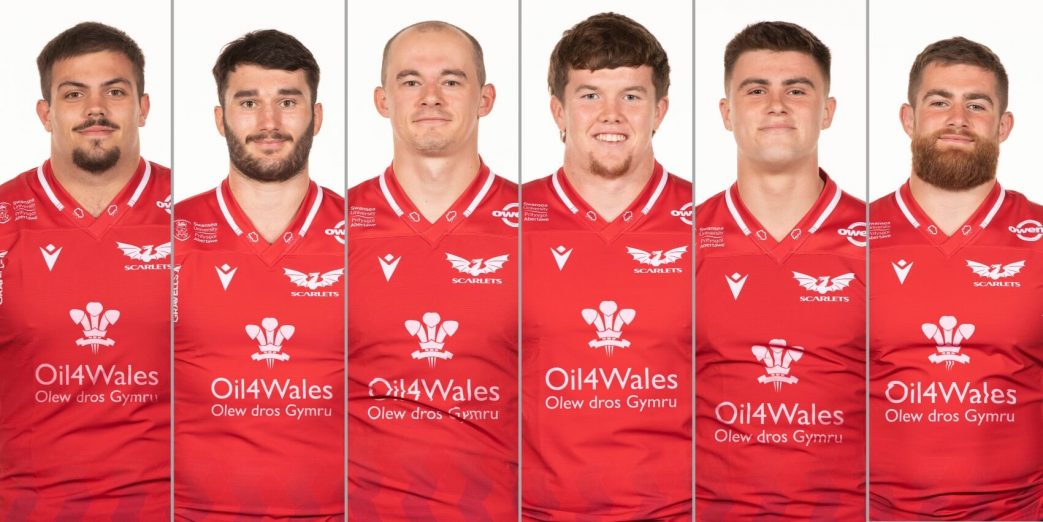 Scarlets are delighted to announce that six of our home-grown players have signed new contracts.

Five of them have made their competitive Scarlets debuts this season, while Nicholas recently returned from injury in the Rainbow Cup clash with Cardiff Blues.

A product of Carmarthen Quins RFC and Ysgol Bro Myrddin, the 21-year-old second row made his PRO14 debut against Edinburgh in November. Has spent time at Nottingham RFC on loan this season.

The youngest player to represent the Scarlets at the age of 17 years and 134 days, Ioan has already racked up 47 appearances in a Scarlets jersey.  The 23-year-old, who can play wing or centre, came through the ranks at Pontyberem RFC.

The 21-year-old Burry Port centre made his PRO14 debut against the Ospreys earlier this month having been at English Championship side Ampthill on loan.

Another who has been capped at U20s level, the 20-year-old hooker came off the bench to make a big impact on his PRO14 debut against Edinburgh. Played his junior rugby at Tenby United RFC.

Part of the Wales U20s squad at the World Junior Championships in Argentina in 2019, the Llandeilo and Ysgol Bro Dinefwr product made a try-scoring Scarlets debut against the Dragons last month

The 21-year-old loose-head prop is another who has broken into the senior ranks this season, making seven appearances in all. Played his junior rugby for Narberth.

Scarlets general manager of rugby Jon Daniels said: “We have a proud record here at the Scarlets of bringing through home-grown talent, many of whom have gone on to win international honours with Wales and the Lions.

“These six boys started out playing mini and junior rugby for our grassroots clubs, have come through the age-grade pathway at the Scarlets, represented Wales at U18s and U20s level and are now making their mark in our senior team.

“We have always put a huge emphasis on developing our own and we are looking forward to seeing how Jac, Ioan, Joe, Dom, Iestyn and Kemsley progress in their professional careers.”