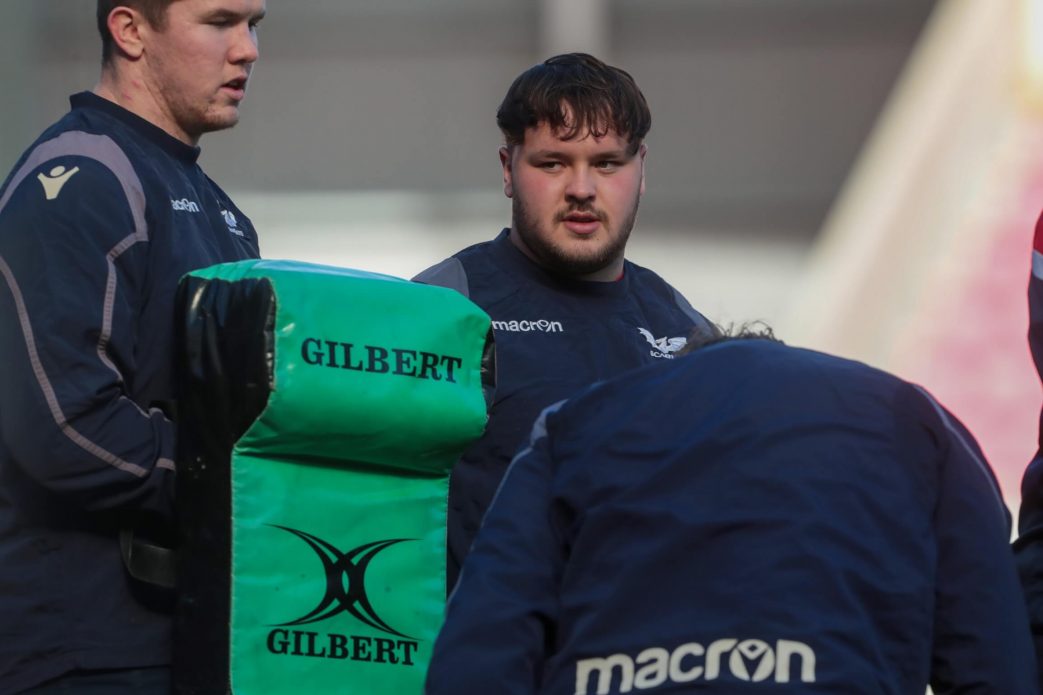 With the Greene King IPA Championship kicking off this weekend, the trio have joined the Midlands club to get much-needed game time over the coming weeks and months.

Hooker Evans, 24, has featured in two matches this season, both as a replacement in the development games against the Ospreys and Dragons.

Second row Price, 20, made his Guinness PRO14 debut against Edinburgh in November and played in three matches in the competition before suffering an ankle injury in training.

Tight-head prop O’Connor, 20, (pictured) has made one senior appearance for the Scarlets, against the Dragons in October.

They will join centre Joe Roberts out on loan. Roberts has joined Ampthill RFC on a two-month deal.

“It’s great that we can get the boys out there playing rugby again,” said Scarlets head coach Glenn Delaney, a former director of rugby at Nottingham. “We appreciate Nottingham offering this opportunity and I know Jac, Harri and Shaun will be better for the experience.”

Nottingham open their Championship campaign at home to Ealing on Sunday.