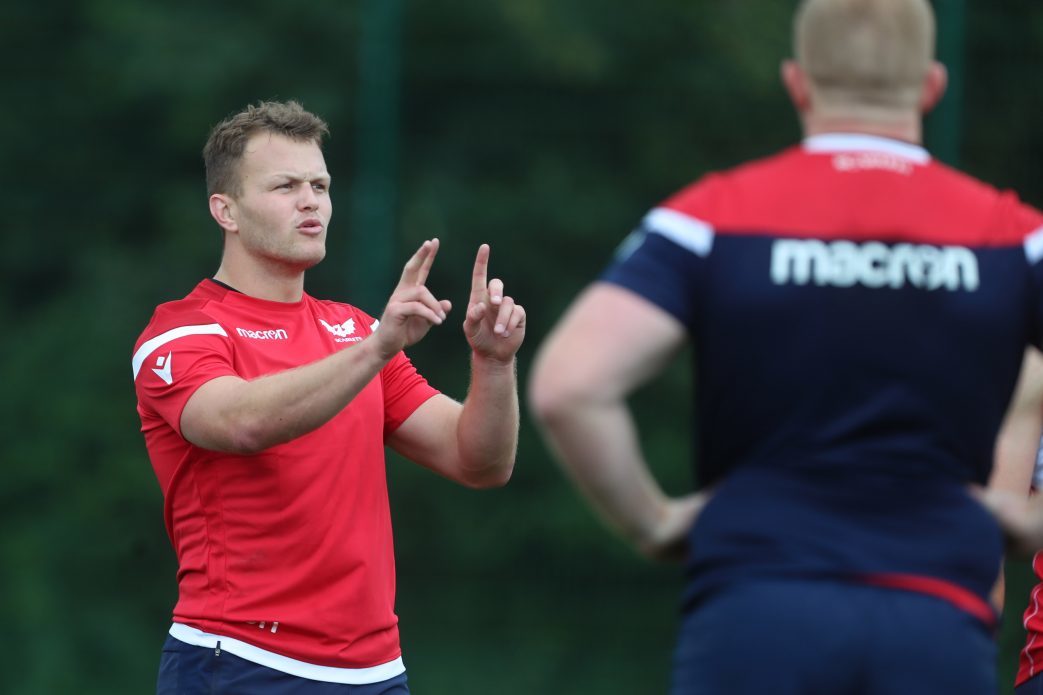 As the Scarlets players enjoy a few days off in readiness for the next block of training, we caught up with Steff Hughes, who is preparing for his seventh season at Parc y Scarlets.

It is easy to forget that the home-grown centre is still only 25, having made his debut in a LV= Cup outing against Saracens six years ago.

A former Wales U20s captain, Hughes went past a half century of appearances in a Scarlets jersey last season and with Jonathan Davies, Hadleigh Parkes and Kieron Fonotia likely to be away on World Cup duty in Japan, his experience and leadership qualities will be vital ahead of the Guinness PRO14 opener against Connacht on September 28.

“It is a huge opportunity for me; I am looking forward to getting stuck in and putting my best foot forward to see what I can do,” he said.

“Being without the international boys is something we have been used to for the last few years, during the Six Nations and autumn internationals, and with the season starting later we have a good chance to get a good base of fitness and work on our rugby skills in pre-season.”

The extended summer also gives the players plenty of time with the new-look coaching team, with head coach Brad Mooar and Glenn Delaney having now arrived in West Wales.

“I’m looking forward to Brad and Glenn coming in, to all being together and cracking on,” added Hughes, who signed a new Scarlets contract last season.

“As a player it is always nice to learn new ideas from different people and to try to implement them to your game.

“Rich Whiffin has been in for a few weeks and it has been great to learn new ideas off him; Dai (Flanagan) has been here for a few years in and around the squad and it’s great to work with him properly.

“It is a fresh start for everyone and everyone is enjoying it.

“There has been a new input, new ideas and it has been great. The weather has been hot which has made pre-season a bit tougher, but the boys are working really hard and it has been really enjoyable.”

Why not join the pack and secure your season ticket for what promises to be a hugely exciting 2019-20 season by going to http://www.scarletsseasontickets.wales