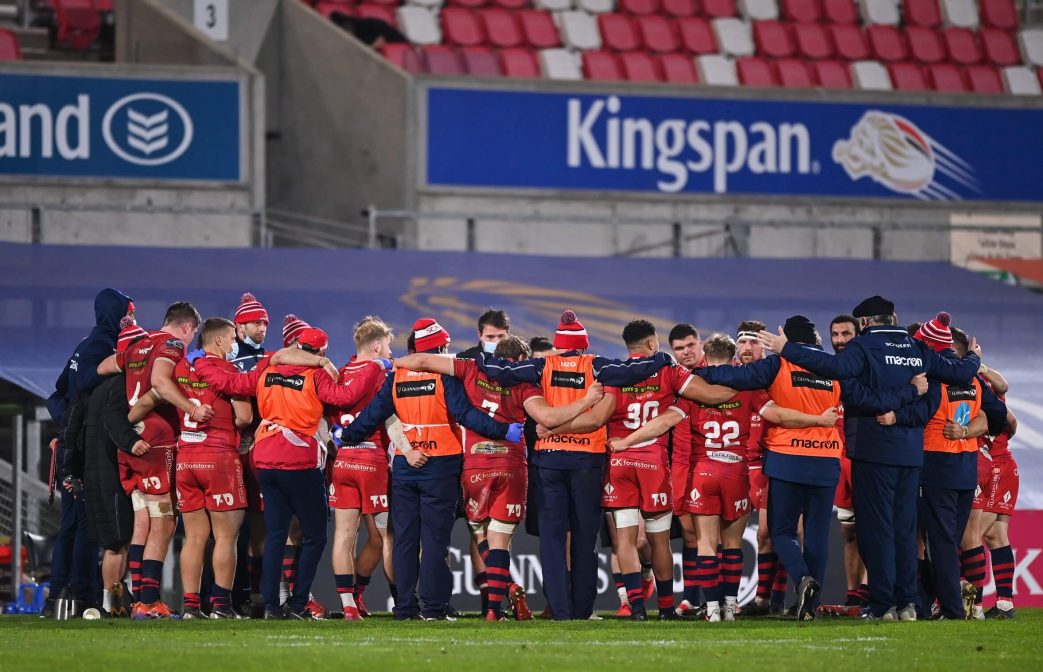 Glenn Delaney admitted his players were gutted after the Scarlets narrowly missed out on victory over unbeaten Ulster at the Kingspan Stadium on Sunday night.

The Scarlets left Belfast with two bonus points for their efforts in a 26-24 defeat, but Delaney believed they had enough chances to claim the full house.

“I am immensely proud of the boys, the effort was amazing,” he said. “We spoke after the game and the players are gutted; they knew they had the opportunity to win the game. It came down to small margins, like that intercept try for Ulster in the first half.

“There are a few skill things we need to tidy up on, but the boys have come to one of the hardest places to play rugby in the world and have performed well, it was just not enough in the end.

“That shows how far they have come as a group, that they are disappointed not to have won here. The ambition was there and the dry conditions really suit us, we just want to keep playing this way. We really got stuck into a game we felt we could have won.”

Next up for the Scarlets is the visit of defending champions Leinster to Llanelli.

“The Irish provinces are doing really well this season,” added Delaney. “For us, this is another step towards where we want to be. I have a really excited group of guys who are feeling a bit beat up, it was physical and it will be the same next week.”