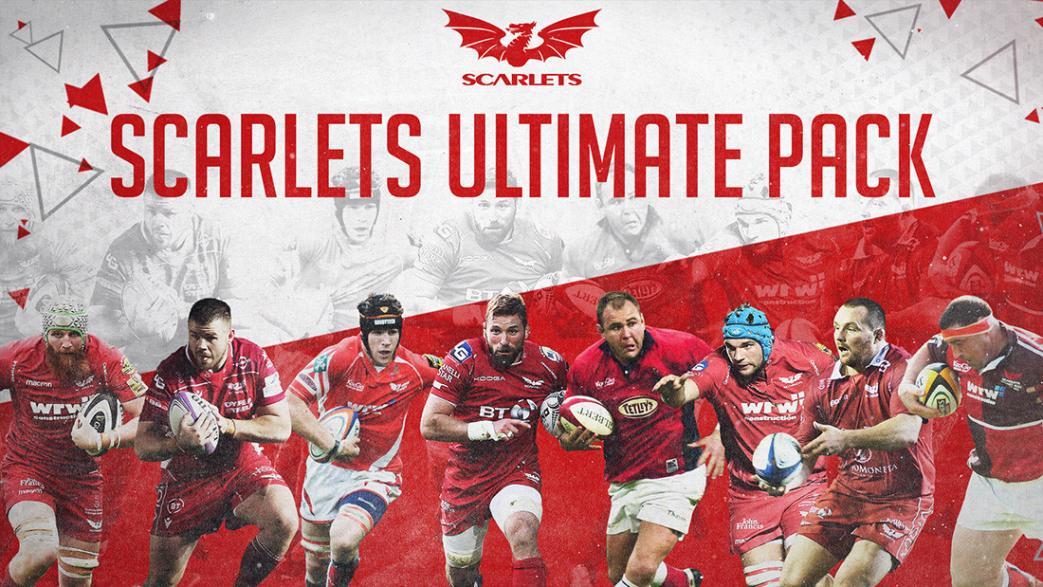 Scarlets fans have been selecting their Ultimate XV of the regional era and after eight rounds of voting, you’ve picked a pretty awesome pack of forwards.

There’s a great mix of skill, power, athleticism and vast experience to provide the platform for what will be an exhilarating back division.

So here’s who you have picked upfront.

A member of the current squad, Rob was part of the title-winning team of 2016-17. A seasoned campaigner and a regular on the international stage, the Pembrokeshire product made his Scarlets debut back in 2013. Rob edged out Iestyn Thomas in the voting.

Our current captain has close to 250 appearances in a Scarlets jersey and is widely regarded as one of the most respected hookers in world rugby. Made his debut in 2006 and is now in his 14th season with the Scarlets. An overwhelming winner of this vote.

John played both sides of the scrum at Stradey Park but it is at tight-head where he proved the most effective in a pack that stood toe to toe with the best in Europe. The popular West Walian made 256 appearances in a Scarlets jersey over nine seasons.

This was a tight contest between the current Wales lock and former captain Vernon Cooper. But it was Jake who got the nod with 53% of the vote. A powerful carrier, Jake has played 120 times for the Scarlets since arriving from Australia in 2012.

A relatively low-key signing from Leinster, Tadhg became one of the stars of European rugby, building a reputation as an athletic line-out forward who was outstanding in turning over the ball at the breakdown. Another close vote between the Ireland international and former Stradey favourite Chris Wyatt.

In a high-quality field, the former club captain and head coach came out on top with 46% of the vote. A dogged competitor who could play across the back row, the Ireland international enjoyed 11 seasons playing for the Scarlets before heading into coaching.

The Scotland international proved a huge hit during his five seasons in West Wales. Played across the back row and in the absence of the injured Ken Owens, led the Scarlets to their Guinness PRO12 title victory in 2017. Won the vote ahead of his former back-row colleague James Davies.

SQ was a force of nature at the back of the Scarlets scrum, becoming one of the most destructive ball-carrying back-rowers in the game. Part of the title-winning side of 2003-04, he played 179 times over 12 seasons and also captained the club. Untouchable in this poll with 90% of the vote.

Keep an eye on the Scarlets social channels at 10am every week-day morning for the votes.